skip to main | skip to sidebar

~ Enlightened-Rogue.blogspot
Posted by O Partha, at 11:44 AM No comments: 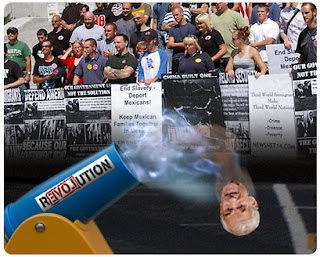 The God Within documentary - exposing the false philosophy of modern science

~ NaturalNews.tv
Posted by O Partha, at 8:55 AM No comments:

~The Bhaktivedantas
Posted by O Partha, at 8:45 AM No comments:

~ Truthzonetvcom
Posted by O Partha, at 3:42 PM No comments:

Lifting the Veil: Obama and the Failure of Democracy

Lifting the Veil from S DN on Vimeo.

THE MADNESS OF A LOST SOCIETY

Martin Luther King, "Why I Am Opposed to the War in Vietnam"

5000 years ago a great civilization, the Vedic Civilization was prevelant on the planet. A great battle was fought at Kurukshetra in India. The events which led up to this event can be read about in the great historical Epic known as Mahabharata, which means great India. Vedic civilization lived according to the 'Vedas'. Veda is Sanskrit for, knowledge. The recorded history of the Vedic culture is the Puranas.
The Veda's are a library of information, of which thousands of volumes of information are existing. Not only do the Puranas talk of civilizations dating back billions of years on Earth, they also reveal advanced concepts in all known disciplines from which our modern society is derived.
A few personalities have presented the Vedas to the western world however none have had an impact even close to that of AC Bhaktivedanta Swami Prabhupada. Who brought the Vedas alive in the western world, and has translated more Vedic scripture into English and many other languages than any other person in history.
Unfortunately the Vedic literature is hardly recognized for the wealth of knowledge that they are. Mathematical formulas such as Pythagorean theorem, which exists in the Rg Veda as well as astrological achievements attributed to Galileo also lifted directly from the Vedas and recorded thousands of years prior to their presentations. The point here is that the Vedas have been suppressed. The British who colonized India in the 19th century, where confronted with a body of knowledge so far beyond them that they immediately created the "Aryan Invasion Theory", which basically says that this knowledge must have been brought To India from 'Aryans', which to them obviously meant smarter white folks. Based on this false theory they have successfully suppressed the greatest wealth of knowledge known to man.
As revealed by the Veda's, Sanatan Dharma , is the true activity of the soul, from which we find peace, happiness and fulfillment. This can be achieved through religious practice or other disciplines as described in 'Bhagavada-Gita As It Is'. The basic principal is that we are not this body, but the living force within the body, the 'soul'. The activity of the soul is to know Absolute Truth, which is concluded in the Vedas as Krishna, or the cause of all causes and the most attractive.
All religious doctrine share the same basic moral code, however due to information filtration and misdirection of so called religious leaders many of the principals have been diluted or misrepresented.
The four basic principals of morality and religiosity as taught by Prabhupada, are.
1) No meat eating- This is as essential to human health as breathing clean air. The human body is physiologically an herbivore. This is evident in the structure of our digestive tract beginning with our teeth and jaw movement, the length of intestinal tract and concentration of digestive fluids. Starvation is the #1 cause of death in the world today and can easily be checked by proper management of food resources and a natural diet. Most, if not all religions contain laws which either prohibit or make meat eating less convenient, such as ritualistic practices that are meant to curtail the negative karma incurred from taking a life. Unfortunately most so called religionists have thrown these essential teachings out and have accepted the horrific consequences of 'slaughter houses' and factory farming. Cooking also greatly decreases the nutritional value of food. My recommendation for survival would not be slow starvation by eating canned food or cooked grains and beans. Nor would I recommend suddenly becoming a hunter and chancing survival on a food supply and skill which may or may not be acquirable.
What I recommend utilizing, if necessary, are sproutable grains which can be turned into a variety of foods and cooked in the sun or eaten raw as a complete living food. Learning how to grow and sprout your own food is way easier, cheaper, more reliable and a healthier solution.
Here is some recommended reading on a natural diet.
2) No intoxication, dulling your thinking process with intoxicants is exactly what our zionist masters would like us to do. Habitual use of intoxicants can be very costly in terms of spirituality, mental and physical well being.
3) No gambling, not gambling is a simple display of faith and responsible utilization of resources you have at hand.
4) No illicit sex, sexual activity should be practiced only in a monogamous relationship and if following strictly only for the procreation of God conscious children.
So these are the four pillars of sinful life. The more devout you are towards morality and Truth, the easier these rules will be to follow and understand. I'm not saying these rules are easy to follow in this modern age but they are a simple gauge of ones spiritual progress and designed to increase social stability.
The Vedas are a complete guide to life on this planet and recommended reading to all truth seeking individuals. The cream of the Vedic liturature is the Bhagavada-Gita As It Is, Which was imparted by Krishna(the cause of all causes)to Arjuna, the greatest ksatrya(warrior) of his time, while preparing for what could be called the first true world war, 'The Battle of Kurukshetra'.
Finally I will conclude with the greatest teaching of the Kali Yuga age, a mantra which when chanted purely promotes spiritual growth and reveals all knowledge. This mantra was presented by Lord Sri Caitanya, in the late 15th century. It has been handed down, along with the Vaisnava teachings, by a line of 'Perfect Teachers', known as Acharyas, who 'perfectly' practiced what they preached. 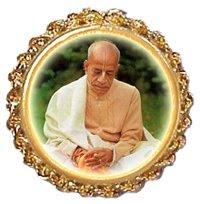 Scientific Verification of Vedic Knowledge
Posted by O Partha, at 10:51 AM No comments:

What In the World Are They Spraying?

O Partha,
happy are the ksatriyas to whom such fighting opportunities come unsought, opening for them the doors of the heavenly planets ~~~~~~~~~~~~~~~~~~~~~2:32 Bhagavada-Gita As It Is

Zionist terrorism from beginning to 911. 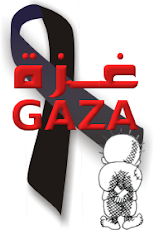 Peace Is For Everyone!